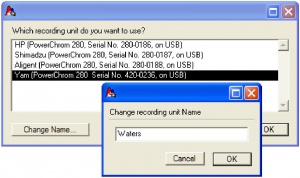 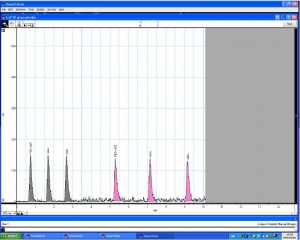 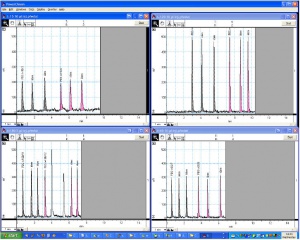 This application note outlines how PowerChrom software can be used to operate multiple PowerChrom or e-corder recording units on a single Windows PC.

Multiple copies of PowerChrom software can be installed on a single computer to collect data from multiple PowerChrom or e-corder recording units simultaneously. This feature reduces the number of computers required in a laboratory with multiple chromatographs in close proximity, freeing valuable bench top space. The chromatograms collected from each recording unit are displayed in separate windows. Settings can be changed for a particular recording unit by selecting its corresponding PowerChrom window.

For practical operation we advise a maximum of four recording units connected to the one computer. However more could be operated depending on your computer’s memory and the number of USB ports available. One or two channels of data can be recorded per recording unit.

PowerChrom v2.5.4 or later is required to operate multiple recording units from the one computer. If you were supplied with an earlier version of PowerChrom, the latest version can be downloaded from Software Downloads. The license number on your original PowerChrom Installer CD will unlock the new version.

Steps to use Multiple Recording Units

The PowerChrom windows can also be resized so that all chromatographs being generated can be monitored in real-time (Figure 4). All inactive windows will have a dimmed title bar. The scrolling of the active window will be smoother than the scrolling of the inactive windows, however this does not affect data being recorded to file. To alter the settings for a particular recording unit, click inside its corresponding PowerChrom window. The commands will be made active for the recording unit corresponding to this window.