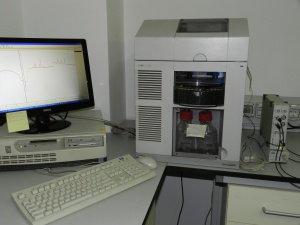 The C4D from eDAQ was used in conjunction with an Agilent G1600 capillary electrophoresis system. Design of experiments (DoE) was employed as an extensive and fast approach for method optimization (highest selectivity and sensitivity within the shortest analysis time), and as a result the studied ions were baseline separated in less then 3 minutes. The optimized analytical method was validated in terms of specificity, linearity, precision, accuracy and limits of detection and quantification. Furthermore, the method was successfully applied for the assessment of inorganic ion content of 51 geotagged drinking water (domestic well) samples and correlations between sample composition and their geographical origin were identified by multivariate data analysis.

This original research was conducted by Ioan Ovidiu Neaga, Bogdan Cezar Iacob and Ede Bodoki at the Iuliu Hatieganu University of Medicine and Pharmacy, Romania 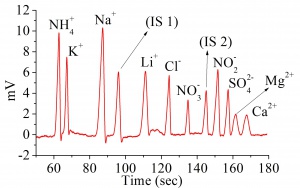 Figure 2. Simultaneous separation of a standard mixture of cations and anions, (cationic IS 1) Imidazole, (anionic IS 2) ClO4-.

The electropherogram is shown in Figure 2. The limits of detection and limit of quantifications are shown in the table below.