Connecting the C4D to the PrinCE 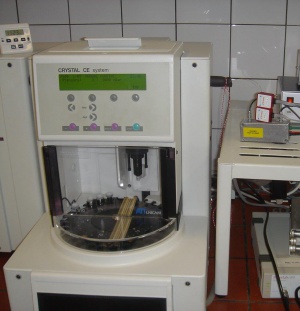 The capillary exits through the right hand panel of the instrument and passes through C4D headstage.

This application note describes how to connect the eDAQ C4D system to the Prince Technologies PrinCE-C 600 series and the Groton Biosystems GPA100 (previously sold as Crystal CE and Unicam CE instruments).

The instrument can be used with a range of modular detectors, including UV/VIS, Fluorescence, LIF, MS, Photo Diode Array and the eDAQ C4D system. 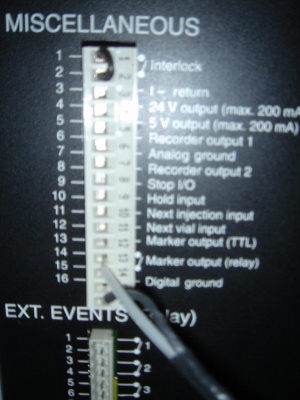 Connectors at the back of the instrument

The instrument can be configured to trigger the start of analysis of the contactless conductivity detector, with either PowerChrom software or Chart software. This is achieved by connecting the “Marker output” at the back of the CE instrument to the trigger input of the C4D hardware, using the relevant cable.

Installing the Headstage on the Capillary

Simply thread the capillary through the channel in the side of the C4D headstage and fix in place.