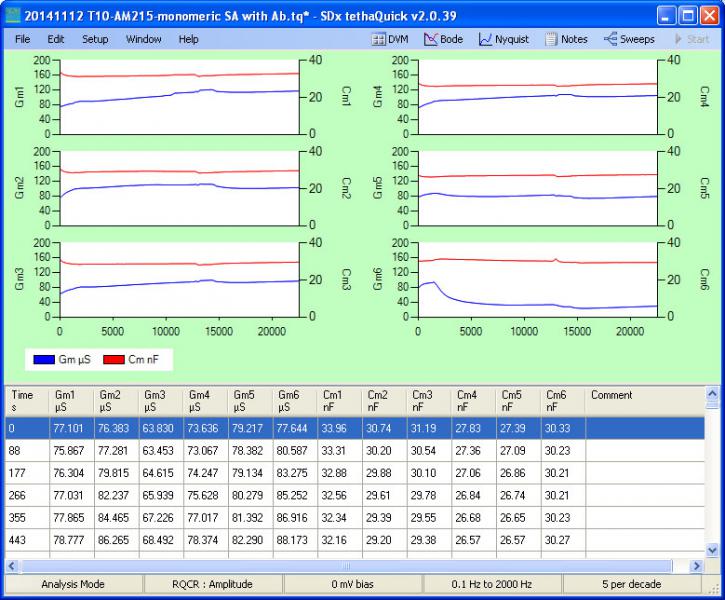 
The tethaPod software enables Windows XP, or later, computers to monitor electrical impedance signals from the six sample chambers in a tethaPlate insert using the tethaPod unit (May 2015 or later).

Data is analysed by mathematically modelling an idealised equivalent circuit and comparing the 'calculated results' from this model with those actually obtained from the sample. After a best fit is obtained the software reports parameters of the model, which are interpreted as membrane resistance/conductance, membrance capacitance, series resistance, etc. of the sample.

Membrane resistance/conductance and capacitance for each of the six samples in a tethaPlate insert can be plotted in near real time, allowing dose/response graphs to be created as reagents are added to the sample chambers.

Impedance data and calculated results can be dislayed as Nyquist and/or Bode plots.

Results can be copied and pasted to other software for further analysis or reporting, or saved in text format which can be read by spreadsheet or word processor software.

Important parameters tabulated and graphed versus time include: 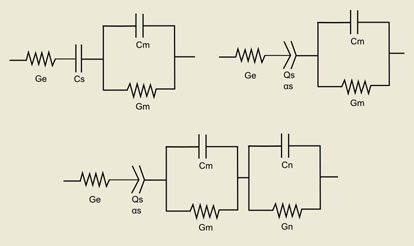