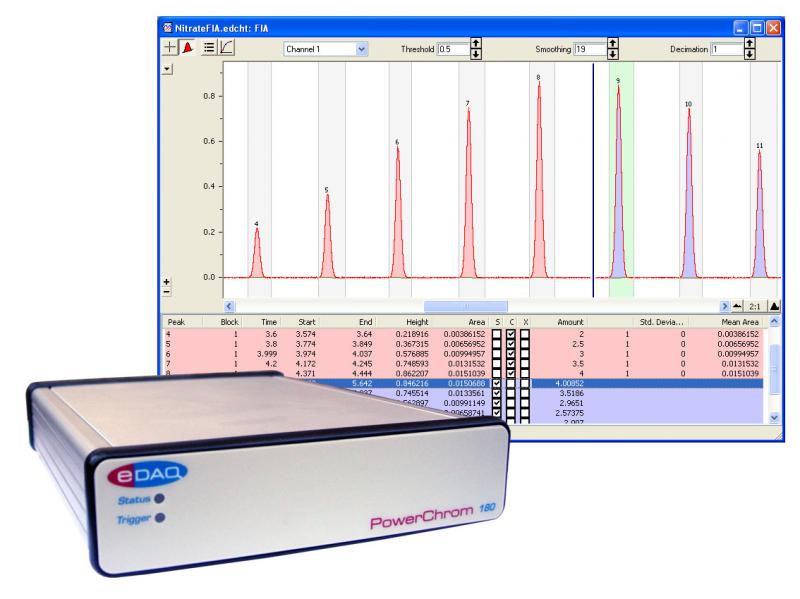 
The Flow Analysis System is used for the detection, display and analysis of peaks from Flow Injection Analysis (FIA) and similar experiments. It comprises a ER180 or ER181 hardware unit, Chart software, FIA Chart extension and Event Manager Chart extension.

The Event Manager Chart extension enables external equipment, such as pumps and autosamplers, to be switched on and off via the unit's digital outputs.

The ER18x unit is suitable for use with most detectors used in FIA experiments.